Tom McAndrew, Trustee and Treasurer of the John E. Fogarty Foundation for Persons with Intellectual and Developmental Disabilities

For over thirty (30) years, Thomas McAndrew has played a significant role in ensuring the success of the John E. Fogarty Foundation for Persons with Intellectual and Developmental Disabilities and the continued efforts on behalf of its mission.

This all volunteer group was established by Rhode Island Congressman John E. Fogarty, Mr. McAndrew’s father-in-law, in 1964 and since its inception, has provided millions of dollars in grants to a host of Rhode Island organizations that enhance the lives of individuals with intellectual and developmental disabilities.

As the Foundation’s Treasurer and an active Trustee, Mr. McAndrew continues to keep the legacy of John E. Fogarty and his accomplishments for humanity alive, and actively spreads awareness of the Foundation’s mission and its Founder to all who are willing to listen.

As head of the Fundraising Committee, Mr. McAndrew plays a key role with regard to the Foundation’s annual charitable efforts which assist the Foundation with raising the funds that are crucial for carrying out its mission. Recent events, among others, that were coordinated at the helm of Mr. McAndrew’s efforts, include the 2010 Awards Reception and the 2013 Centennial Celebration and Healthcare Symposium as well as the Annual Fogarty Foundation Golf Invitational which is held each summer at the prestigious Shelter Harbor Golf Club.

More information about the John E. Fogarty Foundation and its Founder can be found at: 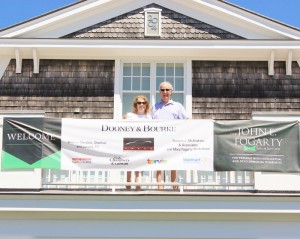